The Employee as the Modern Corporate Serf 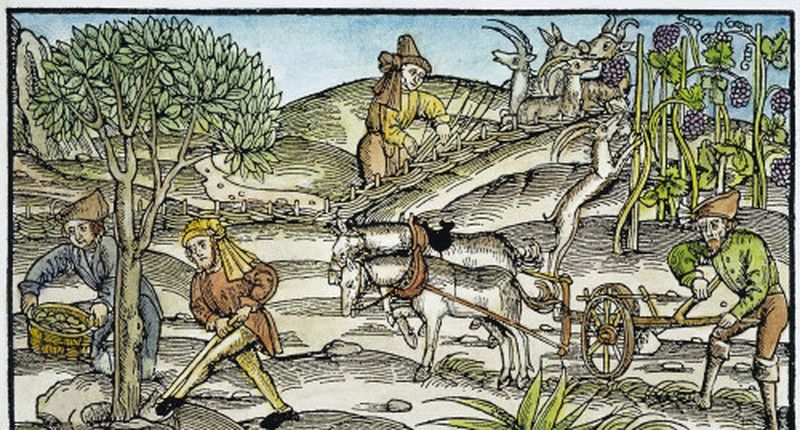 I’ve been thinking a lot about our current economic system, and how it’s evolved over the centuries. It struck me that our modern corporation has effectively played the role of a feudal holding: trading production and, if managed well, profit for the stability, security, and basic necessities of its employees. Except, corporations have been bad feudal lords lately. They have consistently supported policies that prioritize cost savings over employee well-being and, as a result, treat employees like a line item in their budgets.

Buzzfeed, media darling and Millennial phenomenon, recently got caught in a backlash of Twitter proportions when they announced they would not pay out accrued vacation time for the roughly 220 employees they laid off in order to meet profitability goals. Eventually, they did the right thing, and reworked their arithmetic to include this payout that their employees had already earned. But not before they clearly announced to their stakeholders, and the world, that their employees are not important to them.

Buzzfeed’s approach to their profitability problem is very common — to make targets, they decided to cut expenses. When I think about what employees have come to expect from corporations, the reality is pretty low — pension benefits, training programs, and even company parties often feel like relics from a distant time. The perks that tech giants use to lure talent are designed to keep people at the office longer and facilitate their lives so they can work more. Now, it’s completely justified to want productivity from your employees — but it’s clear that that the established socioeconomic order gives the lion’s share of the power to the corporation, and it looks after its own interests.

There are some forces still on the side of the worker — supply and demand driving (modest) wage growth in some sectors, remote work options allowing people to live in lower cost of living areas, and the much maligned gig economy platforms connecting freelancers to those seeking their services.

But the gig economy is not a flawless solution — platforms like Fivrr, UpWork, and MTurk have opened up opportunities to a global workforce, while also driving down labor prices in many sectors for workers in the United States. Uber and Lyft drivers make less than they did several years ago, and post-expense wages hover right around poverty level.

Organizations utilizing independent contractors instead of employees for employee-level activities save on benefit costs, while pushing the burden of self-employment taxes and health benefits to the individual. Those highly skilled independent contractors who decide to go out on their own must compete with established players and often sacrifice their rates to land engagements.

For most people, the trade-off of flexibility and interesting work, just isn’t worth the risk of losing healthcare benefits and a steady paycheck. People stay in jobs they, at best, don’t hate in order to have some semblance of stability, and even then, are at risk of being sent home when the CFO needs to cut costs.

So, the corporation isn’t living up to its role as benevolent overlord and the gig economy model is exploitative in other ways. I imagine a different future — one in which workers can take advantage of opportunities on demand but earn fair wages consistent with the profitability of their work. We can build structures that allow for people to access interesting opportunities while also shielding them from uncertainty, and allowing corporations to turn a profit, to boot.

Just as we have decoupled retirement provisioning from company pension plans using 401k and IRA accounts and the social security system, we can take steps to ensure that healthcare coverage is not a primary motivator for seeking or staying in a particular job. We can improve on the existing gig economy structures and create platforms to connect freelancers and independent consultants with relevant contacts, allowing experts to find those organizations seeking their skills.

A flexible workforce need not be a four-letter word — with near record corporate profits, it’s clear that we can afford to build structures that make life better for workers. I have often been inspired by the concept of Conscious Capitalism, the idea that companies that take care of their stakeholders and operate from a sense of purpose outperform those that focus solely on the bottom line — it seems to me that allowing workers to control their own destiny will allow them to contribute in a more self-fulfilled way. Historically, liberty of thought and movement have only ever advanced our lives. I propose that creating structures to liberate workers from logistical burdens will allow us to have an economy where people are fairly compensated for their contributions, and will, in turn, provide engagement and effectiveness that will not only generate profits, but fundamentally propel all of us forward.